After a long hard week of just pain and torture, the last thing anyone would want to hear is “Oh, It’s Monday already!”. People think one particular day maybe the worst of the week probably because of a greater workload or having to wait in a cue for several hours but whatever excuse they posses doesn’t match up to the disheartening sound of Monday! 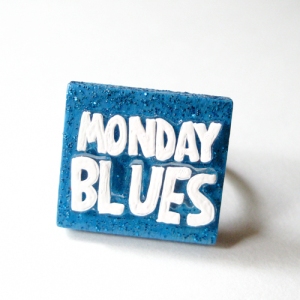 Right from age 6 when the grind of waking up at sunrise begins, everyday for the rest of your life, Monday blues has definitely taken over. No ones likes these Monday blues and it isn’t something we call for just because we like our leisure time during the weekends. No one gives themselves a pat on their back for overcoming the Monday blues because that is something that doesn’t exist. Hate it how much ever to call it your enemy but there’s nothing that can beat the power of Monday.

The entire burden caused by the daily routine is rewarded with a relaxing weekend which includes a tremendous amount of sleep however waking up on Monday to see that sunrise and to know that the entire routine starts all over again is the worst feeling. There isn’t really anything to overcome it as once it is on its way, the weekend is here already! There are somethings that you really can do to skip the feeling that it’s monday and start the week on a good note! Things like: